We recently took Marzetta and Brian through the streets of Downtown Orlando for their engagement session!  Wedding photographer Steven Miller led Marzetta and Brian and their pup through different parts of Downtown around sunset time, allowing for some beautiful light to photograph, but also allowing it to get dark enough to capture some city-light glow and low light effects!  We have couples periodically ask if we can photograph their pets in their sessions, and we gladly say yes!  We do recommend, though, that you bring a third person to take the pets, as half of the session will be of just the couple!

Marzetta and Brian were so great to work with, and we know their wedding next year at the Hyatt Regency Grand Cypress will be an amazing one!!  Looking forward to working with Just Marry! on this wedding as well! 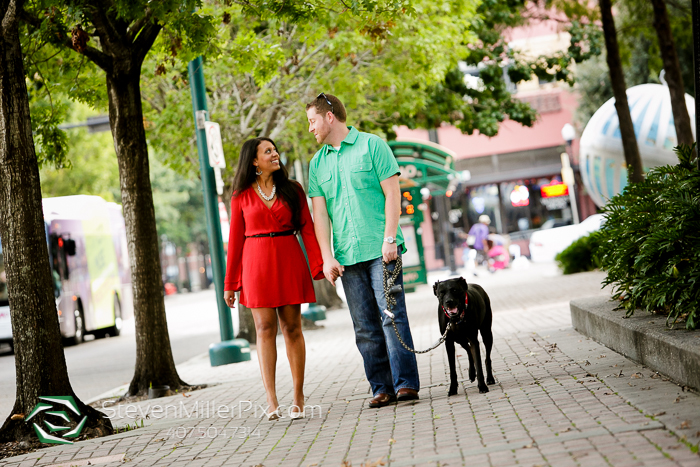 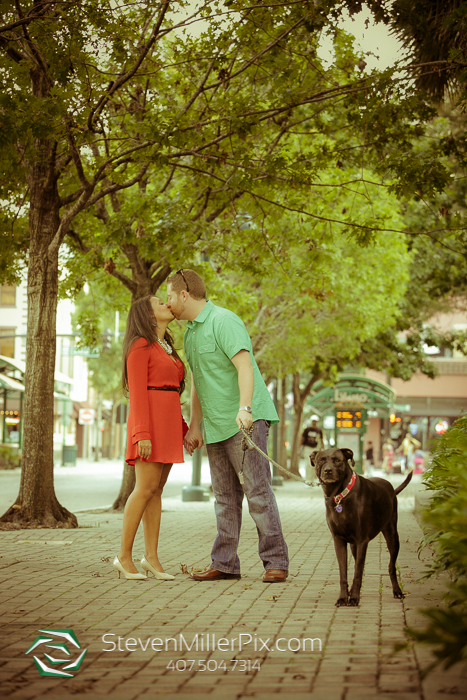 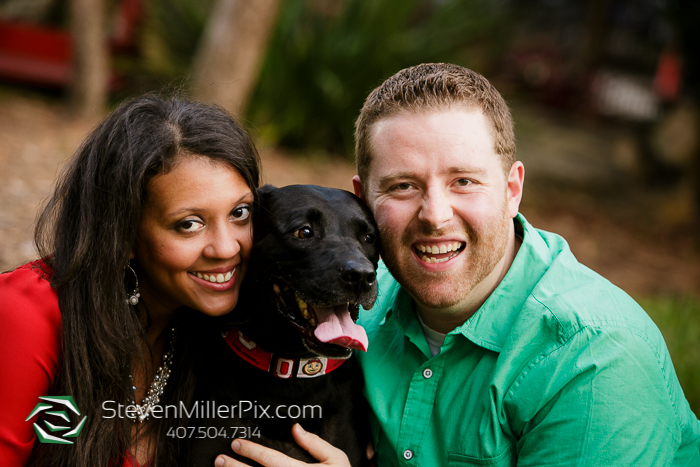 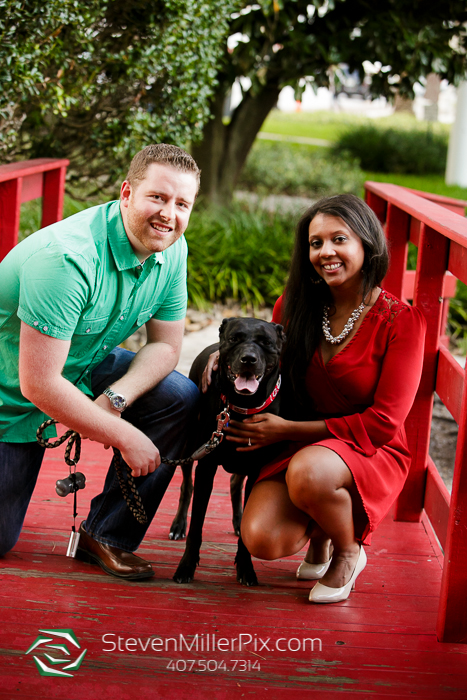 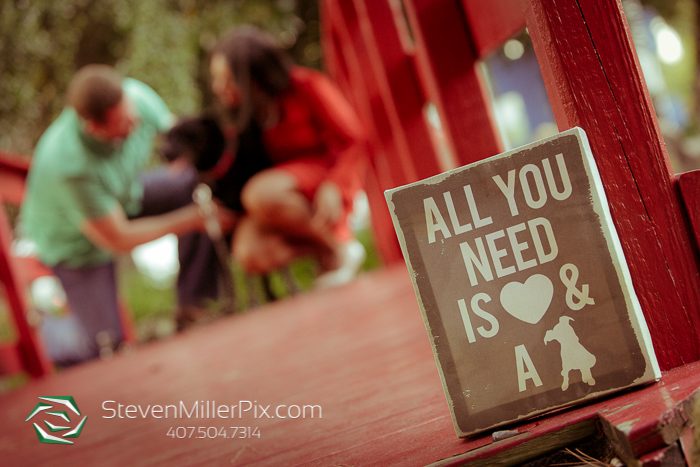 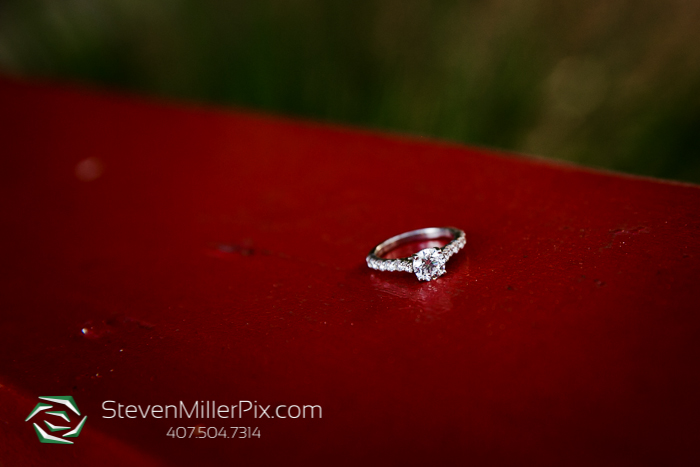 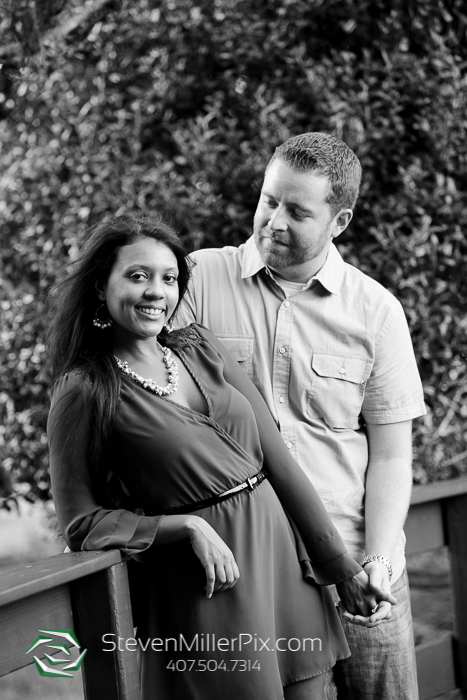 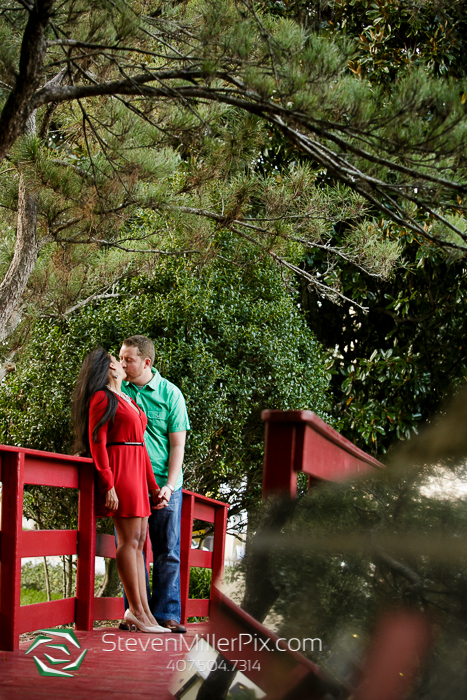 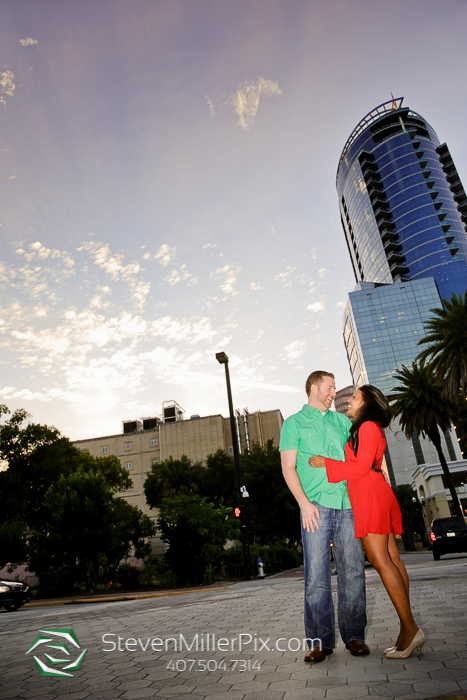 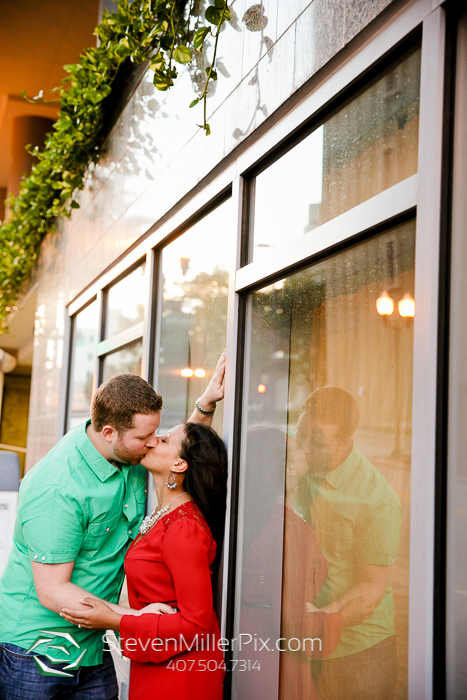 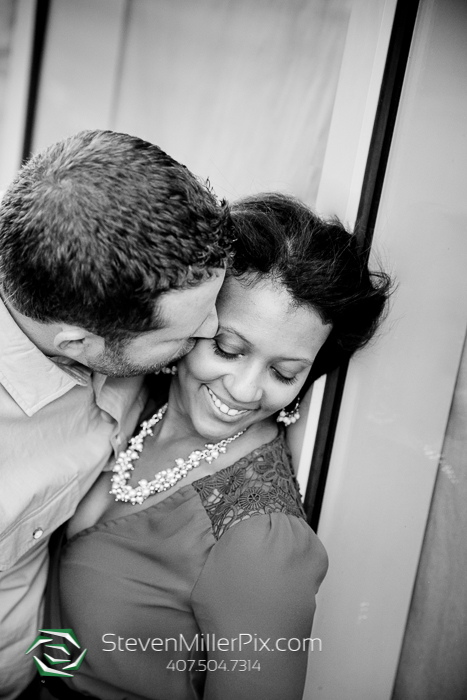 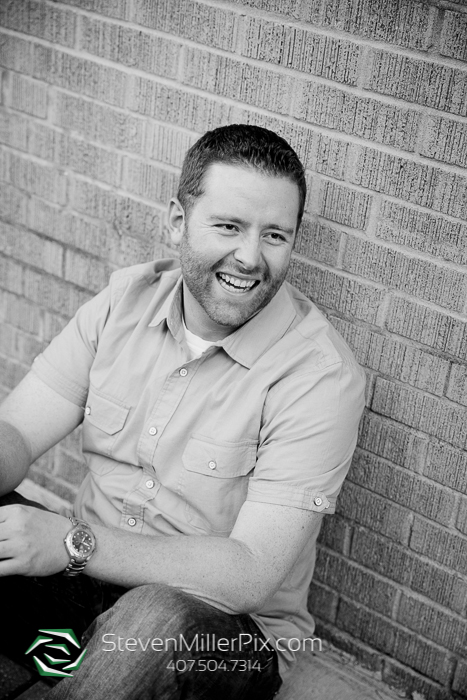 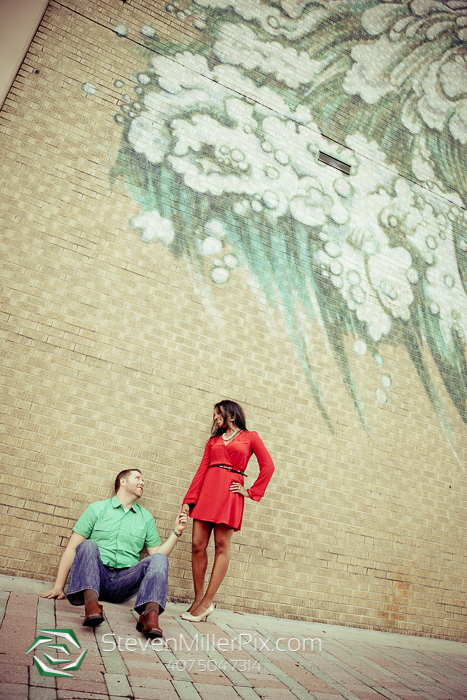 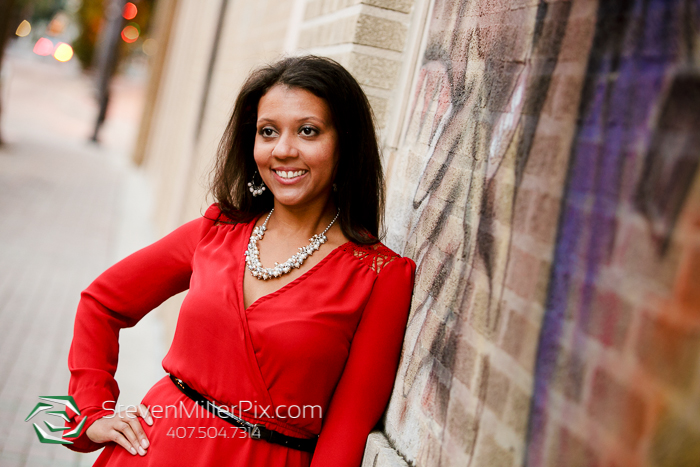 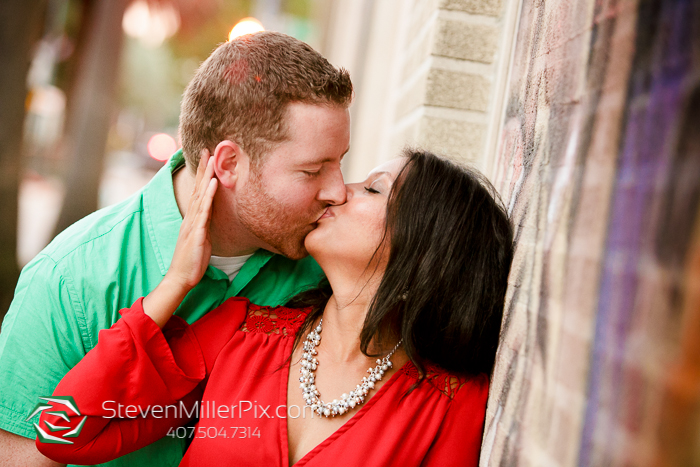 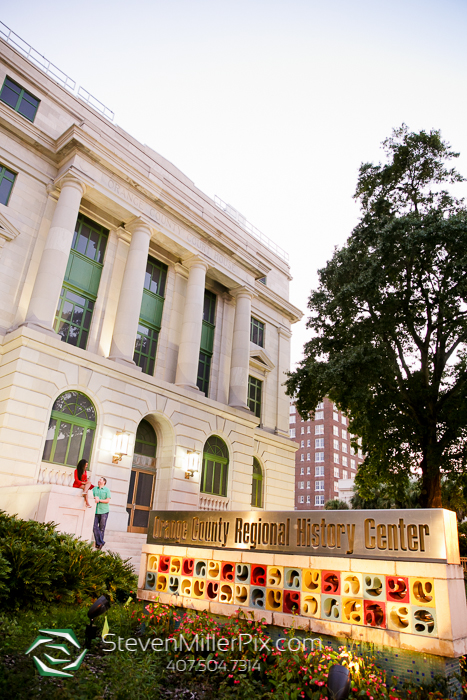 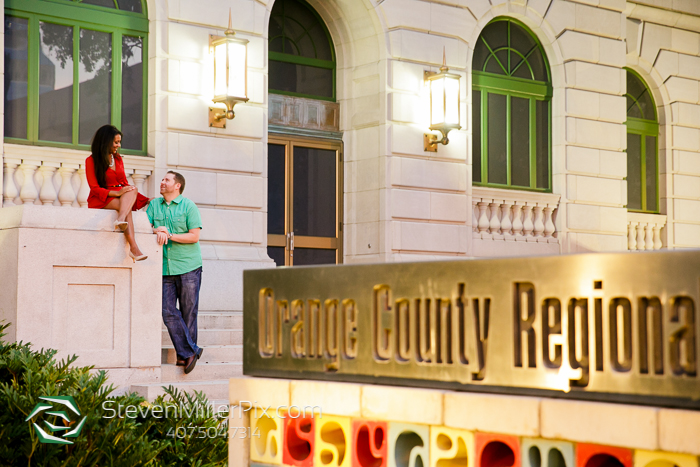 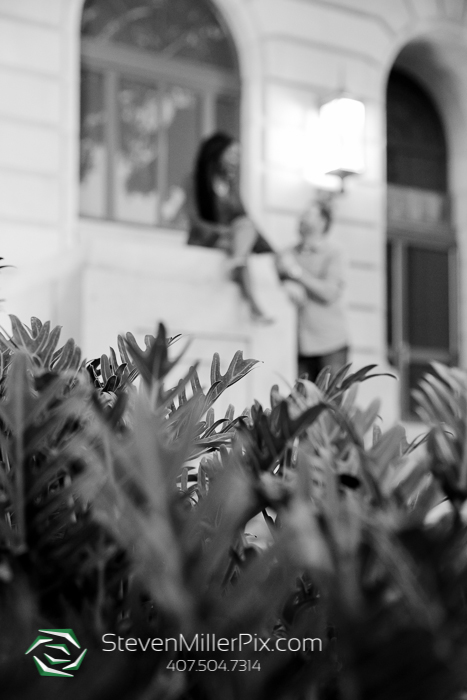 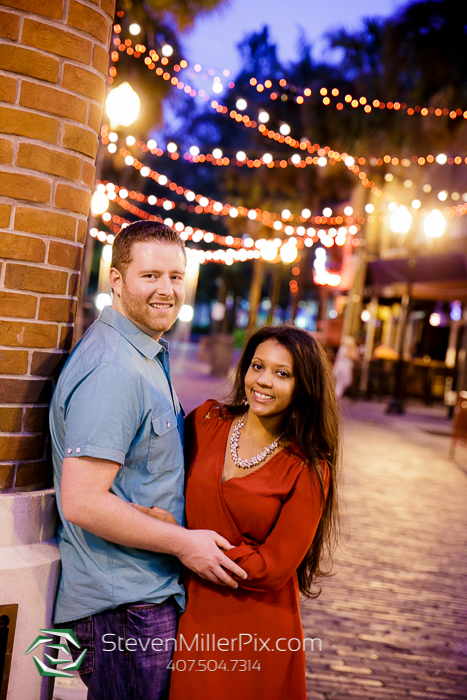 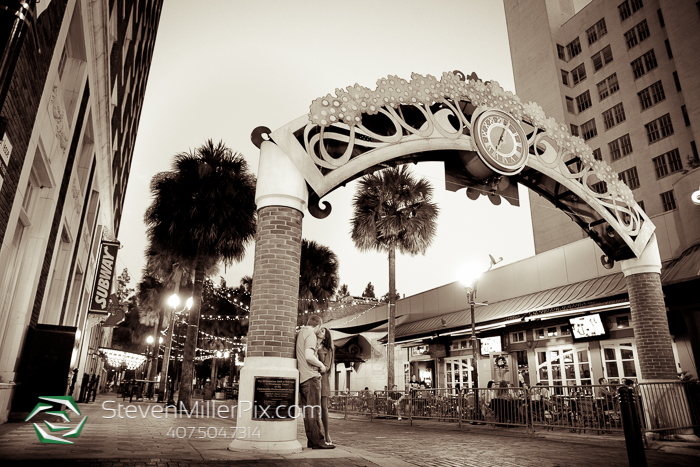