Proposal Photographer Steven Miller had such a fun time planning and capturing a surprise proposal with Cody in Disney Springs!  Cody reached out to us a few months ago asking if we’d help him capture his proposal idea to his then girlfriend Valeri!  He wanted to pop the question during dinner at Paddlefish, right in the heart of Disney Springs.  We jumped at the opportunity, and assured him that we’d be able to keep it a surprise on the day of!  We kept in constant text communication throughout our planning process and even the day of, asking him to make sure she didn’t sneak any peeks at his phone.  On the night of, Cody had a custom dessert plate made with a photo of them together with the words, “Let’s write our own happy ending, will you marry me?” printed on the plate.  Once dinner was done, the server brought over their dessert, and placed the plate in front of Valeri.  At that very moment, Steven appeared out of nowhere, and Cody dropped to one knee and popped the question!  Valeri’s expression was so priceless, and of course she said YES!! :)  Steven took them onto the patio for a few portraits showing off that new ring, but didn’t take too much time as we’re sure they wanted to soak in the moment together at the table!  Congratulations you two, we were so honored to capture this priceless moment in your lives together!! 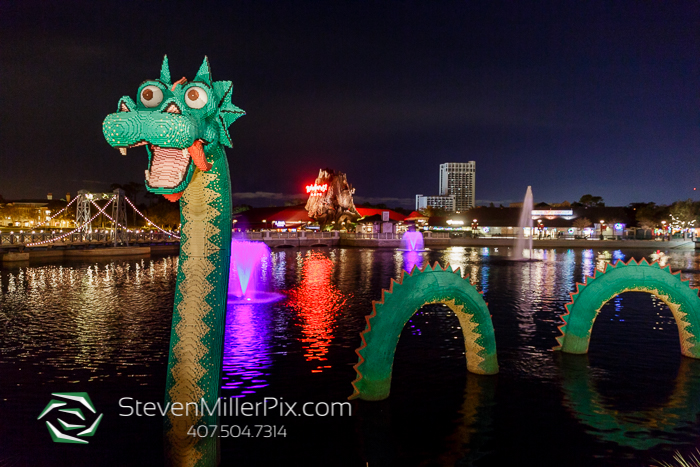 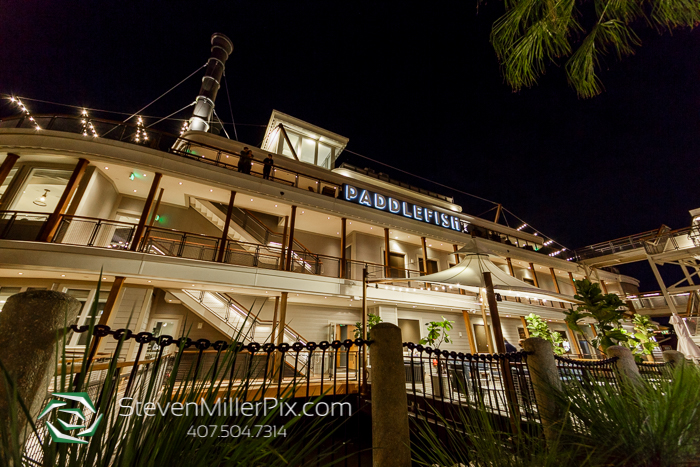 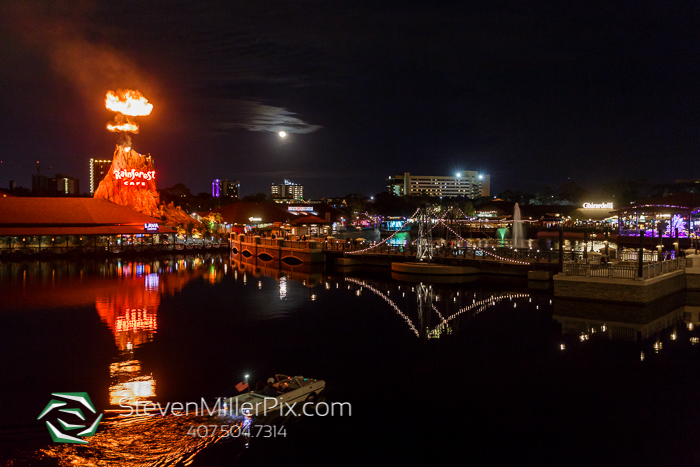 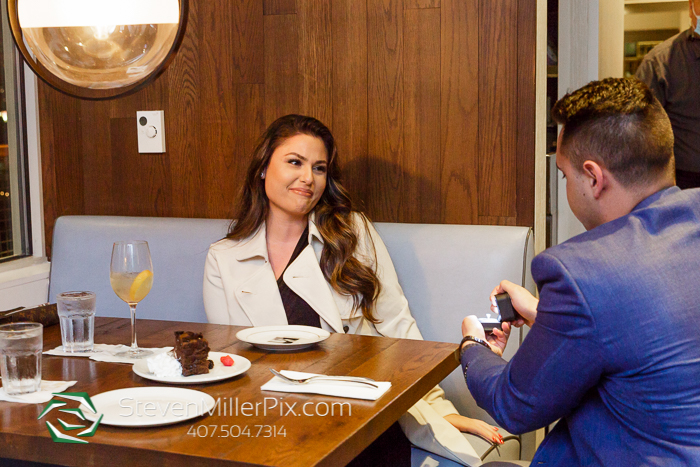 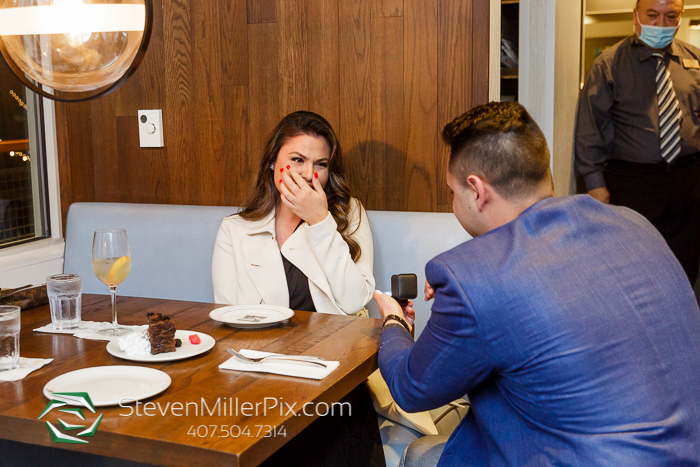 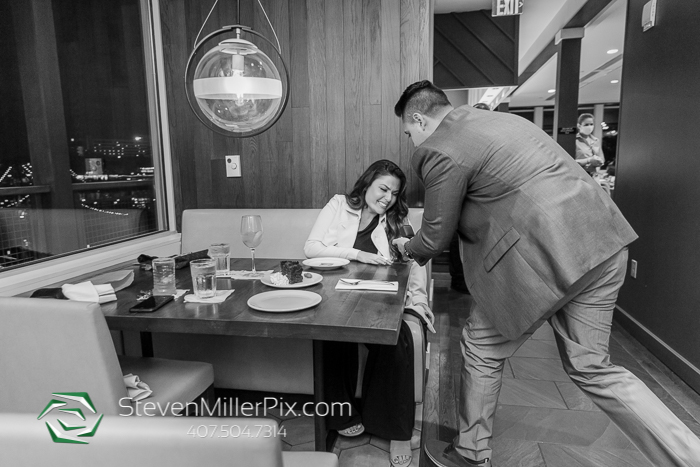 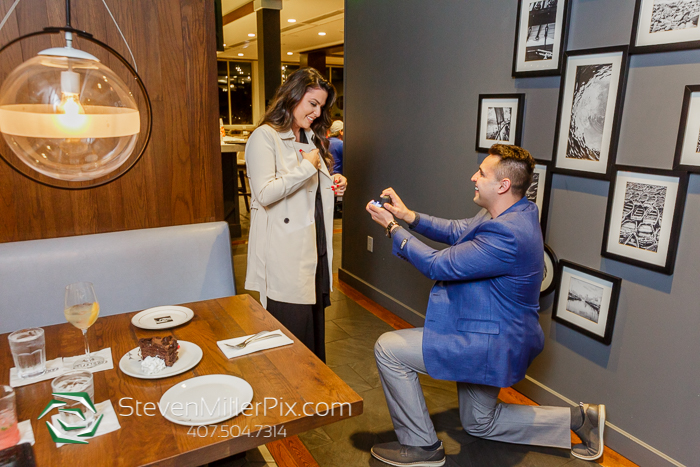 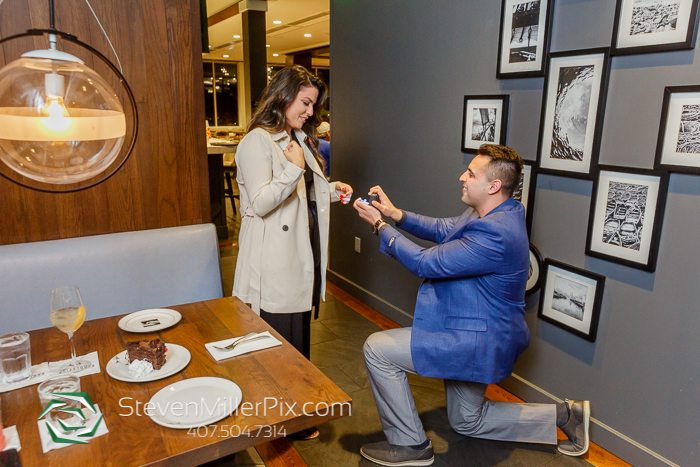 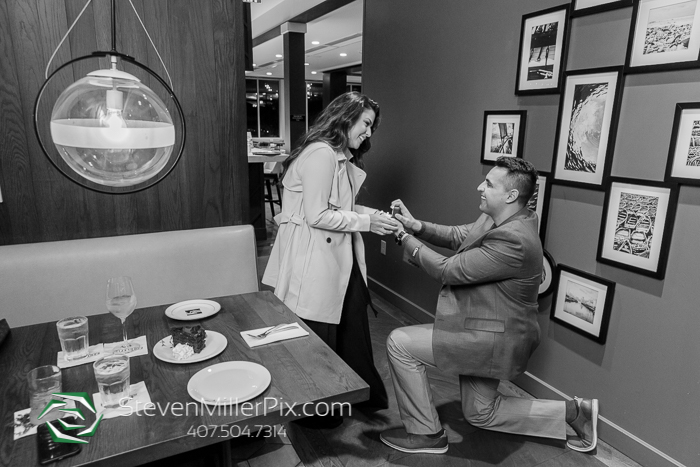 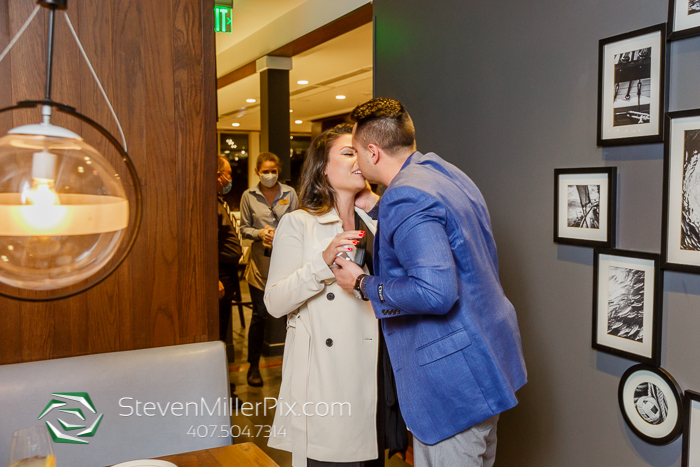 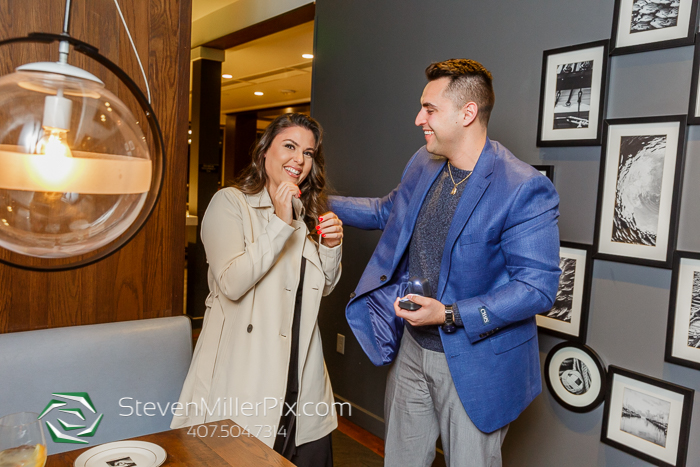 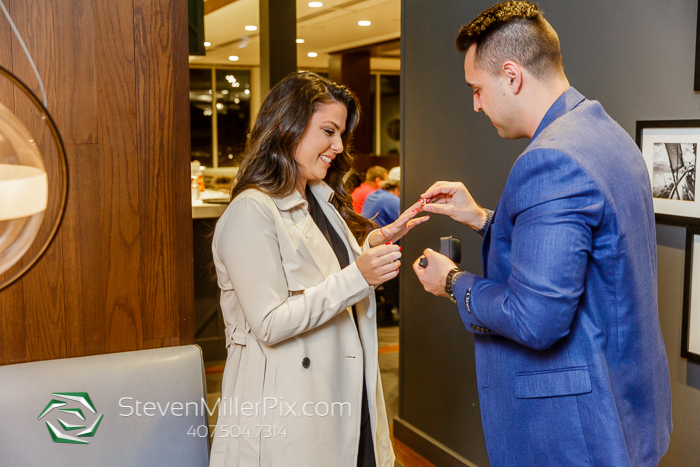 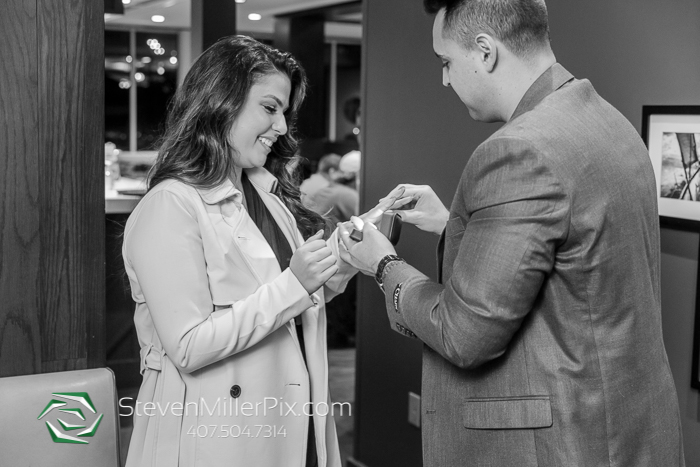 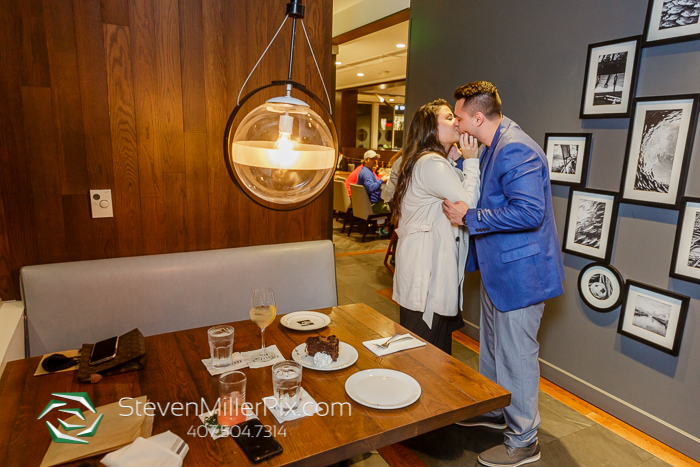 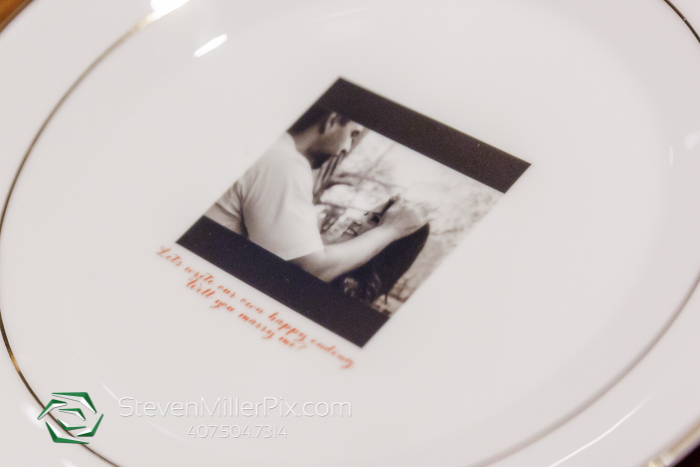 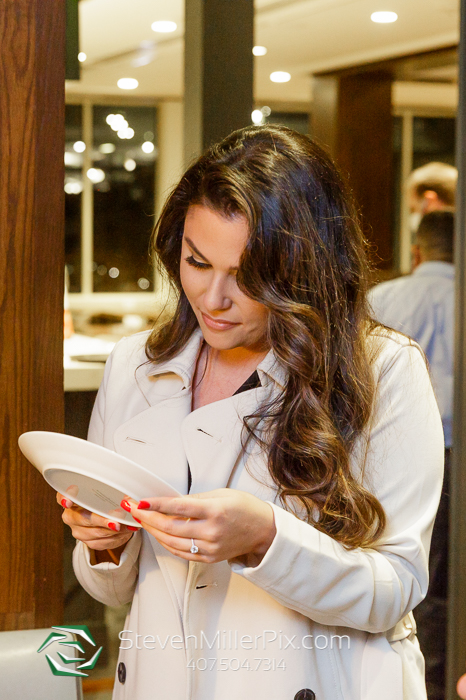 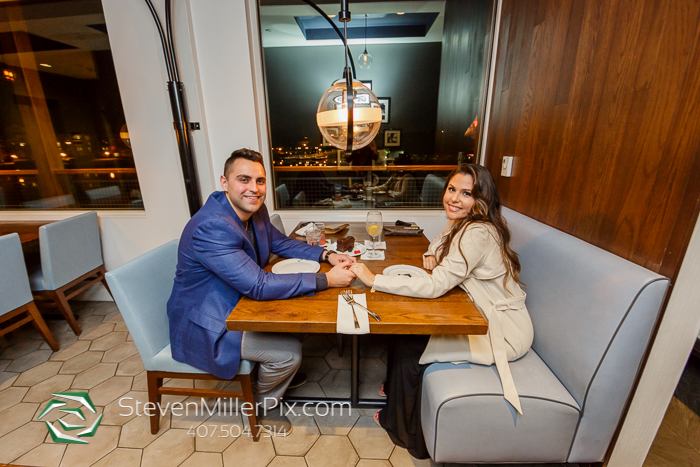 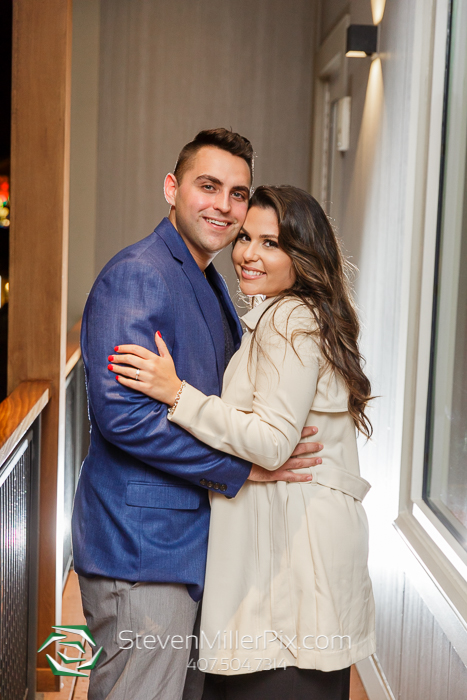 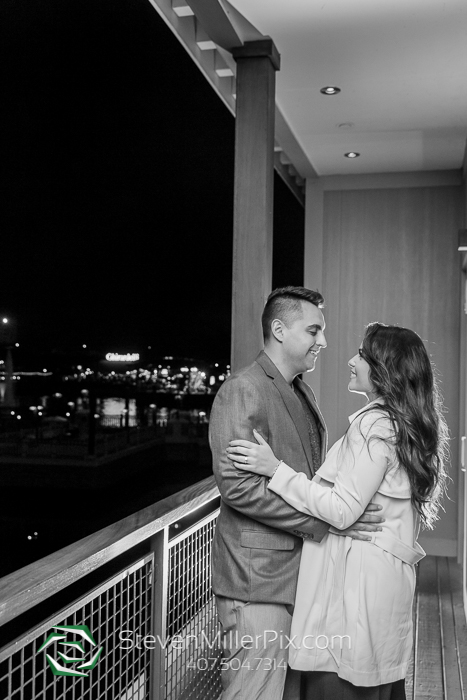 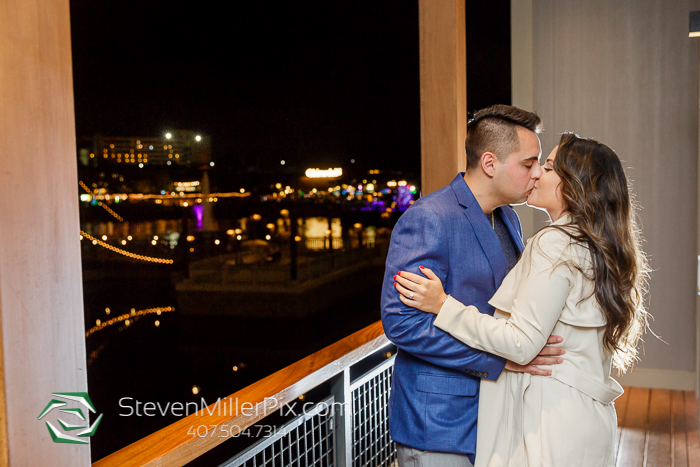 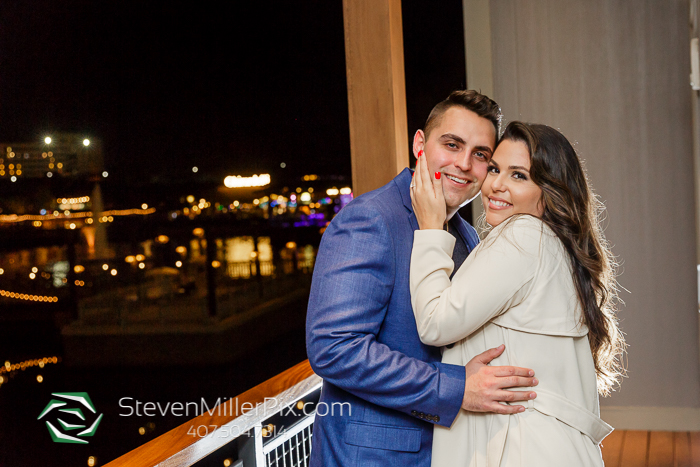 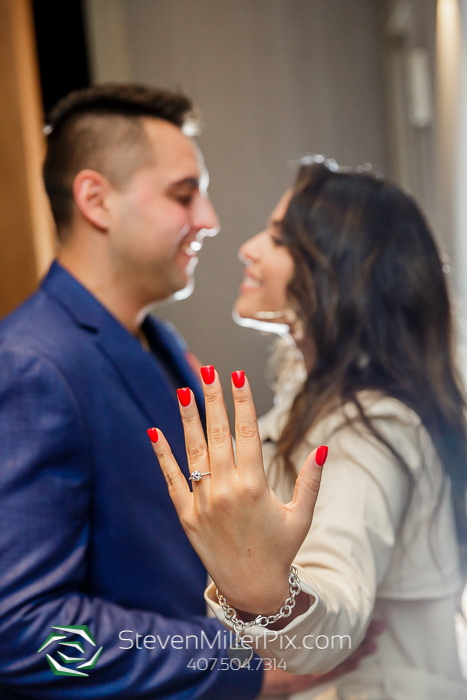 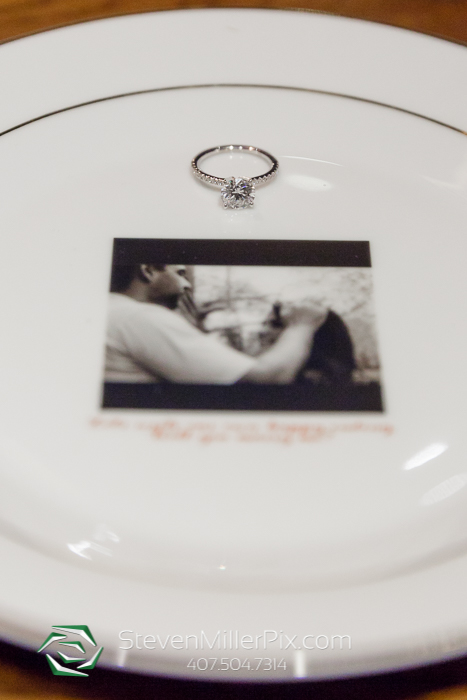