We were so excited to have been asked a few weeks back to photograph Sean and Aileen’s surprise proposal!!  Sean initially called us to see if this was something we could help coordinate, as he wanted to propose to his girlfriend on a pontoon boat in front of the Magic Kingdom during their Wishes fireworks show.  Of course we said no problem!  We arrived early to the Grand Floridian Resort boat dock, and agreed with the cast member team to disguise ourselves as a boat driver in training.  Of course we also hid our photography equipment, as not to give away our cover.  Our couple arrived, and we proceeded to cruise around Bay Lake and the Seven Seas Lagoon, answering many cast-member oriented questions from Aileen that we had to quickly improvise!

We eventually parked the boat close to the entrance to Magic Kingdom, just in time for the beginning of the fireworks display.  Once they started, we grabbed our camera, and Sean asked for her hand in marriage!!  She of course said yes, and we captured their expressions with a backdrop of Disney fireworks!  A special thanks goes out to David and the Disney Recreation team at the Grand Floridian Resort for their help coordinating this shoot.

We were so happy to have been a part of this great, magical experience, and we hope they enjoy their proposal images!  They certainly come with quite a story!  Congratulations Sean and Aileen!!! 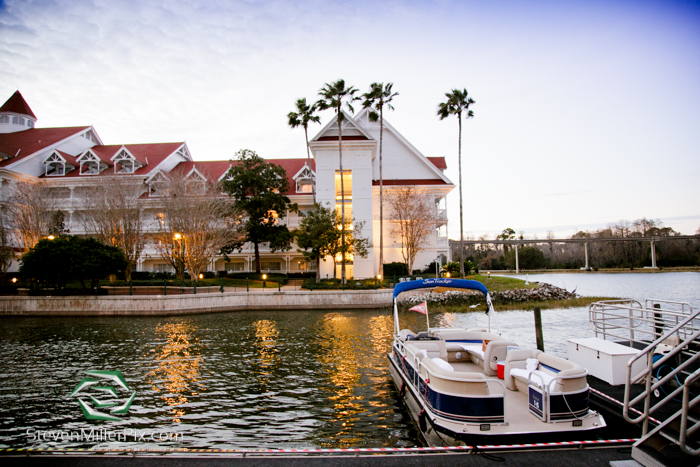 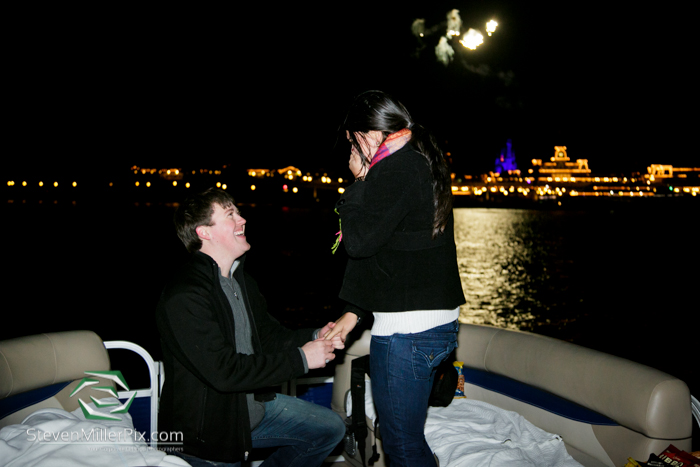 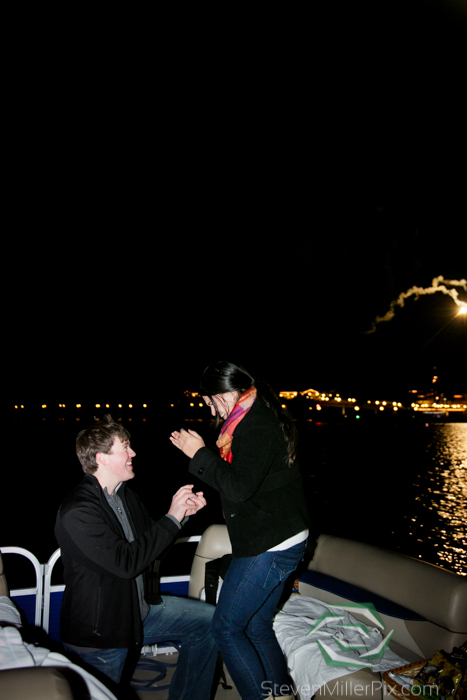 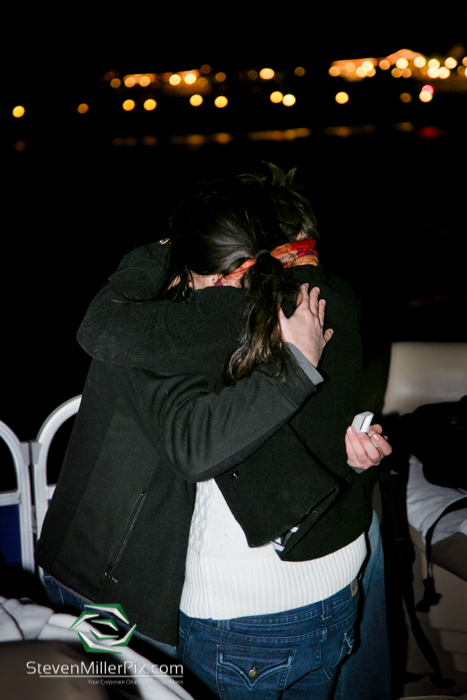 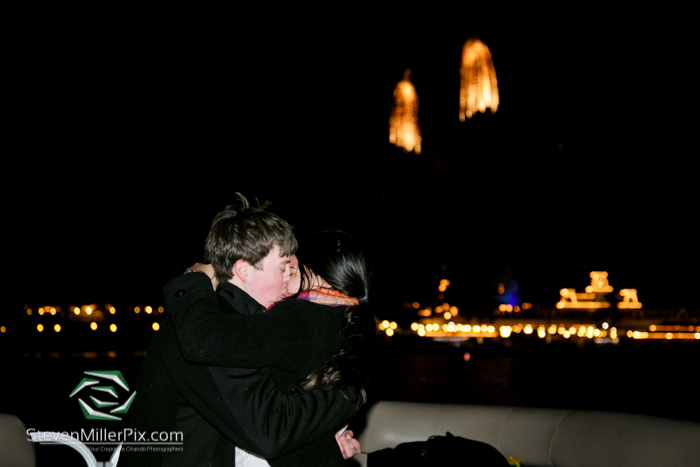 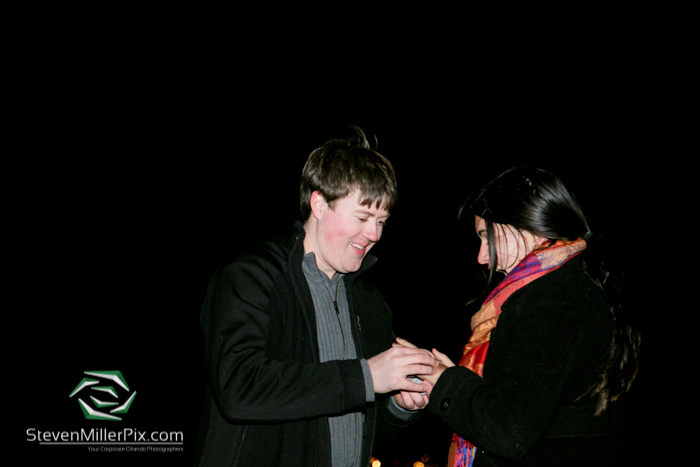 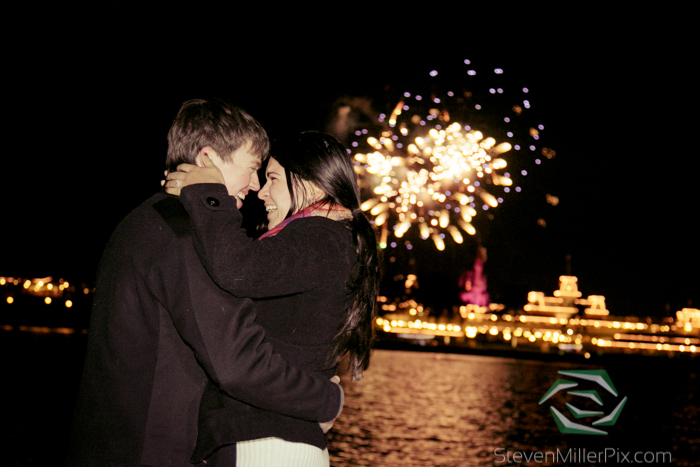 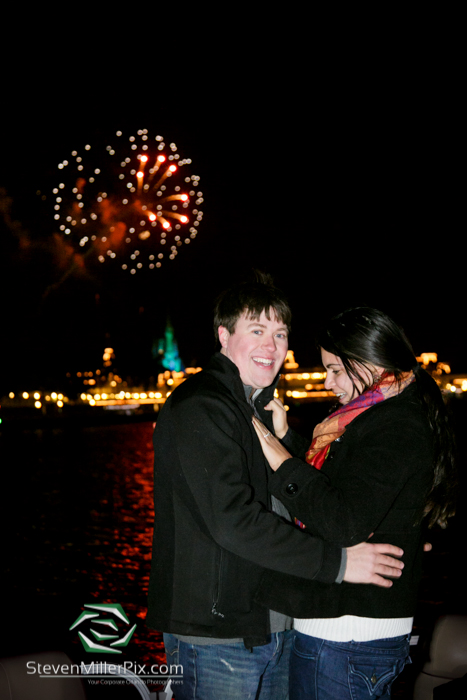 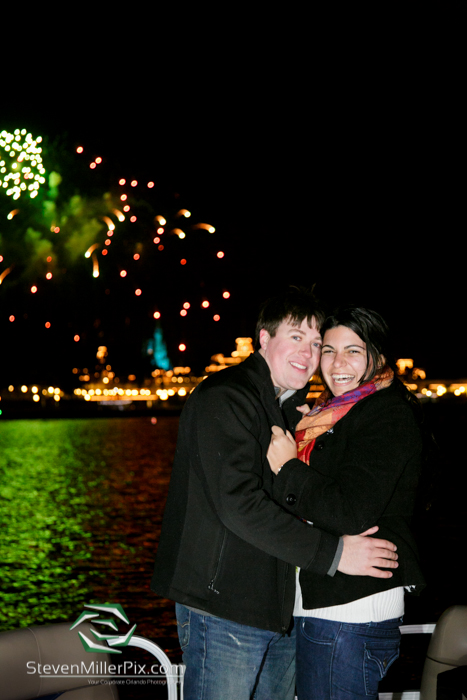 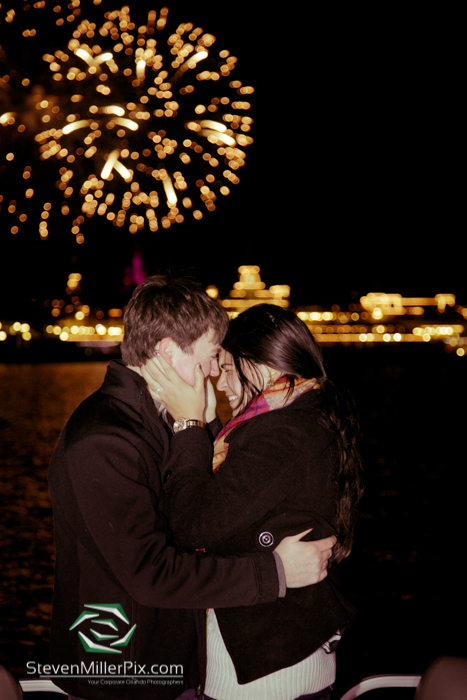 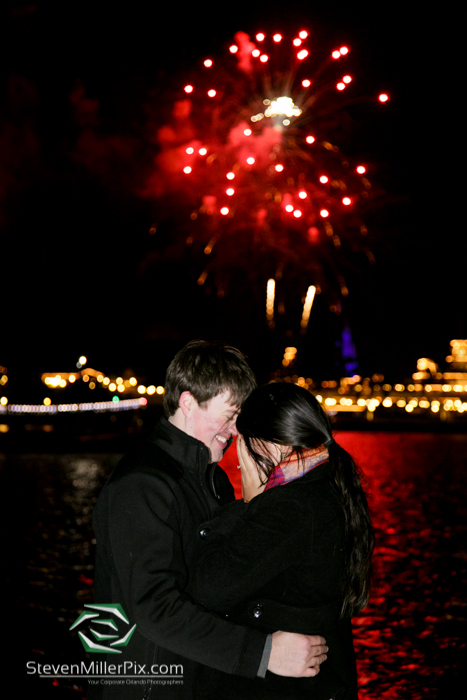 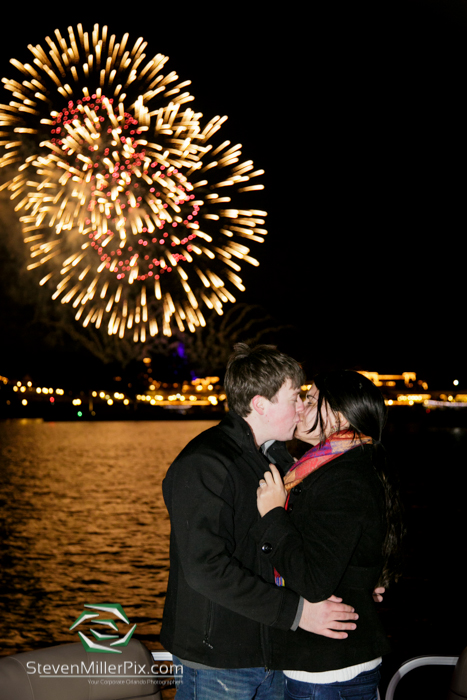 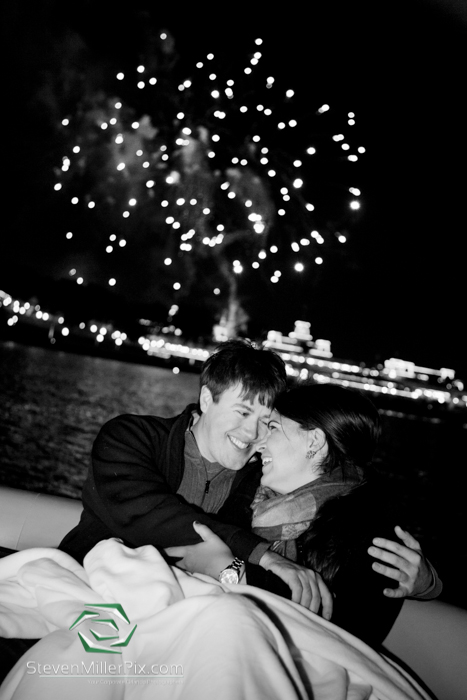 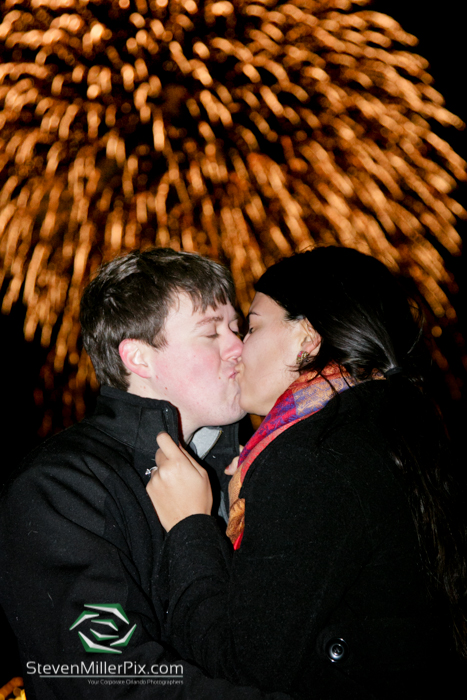 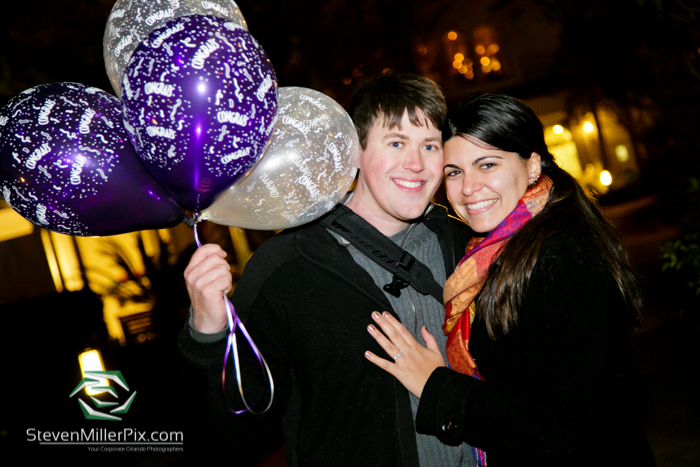